Journey has shaped Watt on and off the field

After uncertainty of transfer, J.J. Watt has become a sure thing at defensive end for the Badgers

MADISON, Wis. — Less than three years ago, Justin James Watt was a Pizza Hut delivery man in his hometown of Pewaukee. He aspired to be so much more. But he wasn’t sure how he was going to reach his goals.

Such was his uncertainty over the journey. At the time, he was miles away from being the dominant force at defensive end that he is today for the Wisconsin Badgers.

At the time, he was miles away from establishing the Justin J. Watt foundation to benefit local elementary and middle schools that lack funding for athletics.

At the time, he was taking six credits at a community college and delivering pizzas after walking away from a football scholarship at Central Michigan.

“It was a real humbling experience,’’ he said. “Some of the little kids who once looked up to me would answer the door and say, ‘Mom, why is J.J. Watt here?’ And the only thing I could say back was, ‘I have your pizza.’ It was real humbling. And it brings you back to earth real quickly.”

Adversity? Don’t talk to J.J. Watt about adversity unless you’ve visited the American Family Children’s Hospital in Madison. Watt has become regular visitor thanks, in part, to quarterback Scott Tolzien who introduced him to young Jaxson Hinkens, a cancer patient.

“Two weeks ago, we walked into a little boy’s room and his face lit up. As soon as we left the room, his mom came out and told us, ‘That was the first time he has smiled in two weeks.’ It gives me goose bumps just to tell the story.”

Hinkens’ story (stage 4 neuroblastoma) had a pronounced effect on Watt. “For the first time,” he said, “that’s when I really felt the impact that we can have on kids. I really saw what we could do.”

And he wanted to do more. Initially, he looked at what he could do for the Children’s Hospital before concluding that they do what they do very well. But maybe there was another vehicle, another area where he could direct his energy and attention.

“The number one thing I kept coming back to,” Watt said, “is how much sports affected my work ethic, my discipline, and my character. So I wanted to instill those kinds of morals and values in kids at a young age.

“Our goal is to bring after-school athletics into middle schools in the Madison area — to those schools that lack funding or have had their funding cut because of the tough economic times that we live in. We want to pay for uniforms, equipment and transportation.”

Watt took his cue from former Florida State defensive back Myron Rolle, who created the Myron L. Rolle Foundation to provide free health clinics in the Bahamas. “I thought that was a neat idea — using his celebrity status for the good of others,” Watt said.

Connie Watt has always encouraged her boys to get involved with volunteer projects and give back to the community, whether it was Justin (J.J.), or Derrick (D.J.) or Trent (T.J.). If you were wondering … “I have all my teachers call me Justin,” said J.J., “because it’s more professional in the classroom. But I would have no clue if someone would say Justin in the locker-room.”

John Singer, one of his former high school classmates in Pewaukee, has had a big role in forming the foundation. “My mom and John are the two people who are taking over the project during the season because I can’t do it,” Watt said.

Where does it stand today?

“We had to get incorporated, and that’s done,” Watt said. “Number two, we had to register with the state of Wisconsin, and that’s done. Number three, we’re filling out a 30-page application with the IRS. Within two months, we’re hoping to have it officially recognized as a charity (a nonprofit organization).”

That would open the door to fundraising, and so many other things.

“Our first goal is to raise $50,000,” Watt said. “We’re not 100 percent sure where that goal is because it could be a low number depending on how much interest there is. Or it could be a high number — $50,000 is a lot of money no matter how you look at it during this time period.”

None of this would be possible, according to Watt, without the contributions of the UW Law and Entrepreneurship Clinic, which has been a guiding light as far as legal services for students looking to get involved in such business and charitable endeavors.

“I went to them and said, ‘This is what I’m trying to do’ and they said ‘We’d love to help you, absolutely,’” he recalled. “Their help has been unbelievable.”

Well, he has had help in this area, too.

All of the above.

Yes, you heard right. Watt did play hockey. Between the ages of 3 and 13, he was a center iceman, a goal scorer (now, he’s a goal-setter). But he was not overly big for his age.

He didn’t have his growth spurt until much later.

You might also be surprised to learn that Watt was a quarterback through his junior year of high school. A backup QB, at that, who still professes to have had a “cannon” for an arm.

He also played linebacker and tight end and that got him the most notice from college recruiters, though they primarily represented Mid-American Conference schools.

The Big Boys, the BCS programs, like Wisconsin, weren’t interested. To a degree, Watt could understand because he had yet to fully grow into his frame.

His short list was just that — short. He did like Central Michigan. Really liked the head coach, Brian Kelly. But after taking his official visit and flying home, he was in the Milwaukee airport when he saw an ESPN scroll across the bottom of the screen that reported Kelly had just taken the Cincinnati job.

Watt re-opened the recruiting. After visiting a handful of schools, he liked Minnesota. Really liked the head coach, Glen Mason. But a few weeks later, after the Gophers blew a 38-7 third quarter lead with an epic meltdown against Texas Tech in the 2006 Insight Bowl, Mason was fired.

“I was starting to think that I was a coach killer,” Watt said with a sigh.

Once again, he re-opened the recruiting. He went to Colorado, Purdue, and Cincinnati before settling on Central Michigan, where Butch Jones had replaced Kelly. “He (Jones) told me a lot of good things how they would be using the tight end in their offense,” Watt said.

During the 2007 season, Watt caught eight passes as the starter. “And I decided this wasn’t going to get me to where I wanted to go,’’ said Watt, who elected to leave school in December. “I put my family through a lot. I had just made the decision to leave a full scholarship and a starting position at a Division I school and I was going into the unknown.”

After getting his release from Central Michigan, he called UW coach Bret Bielema and asked if he could be a walk-on. His wish was granted. To fill the void until he enrolled for the fall semester (‘08), he picked up some credits and delivered some pizzas from December to June.

He also worked out like a demon with Joe Panos, a former UW offensive tackle and captain. “During those six months, I got bigger, faster and stronger,” Watt said. “When I left Central, I weighed about 245 pounds. By the time, I got to Wisconsin, I was 285.”

He used the Pizza Hut money to buy a scooter.

“My parents took a $20,000 hit to pay for my first year here while I was walking on,” Watt said. “That’s huge when you’re 18 and you tell your mom and dad that your five years of schooling will be paid for, and, then, you come home and tell them you need $20,000. That hurt me pretty bad.”

Watt, though, earned his keep. He was so impressive, so dynamic on the Badgers’ scout team that he earned a scholarship before ever playing a snap in a regular-season game.

“Everybody always asks me if I would change anything,” Watt said. “If Wisconsin would have offered right away, would I have been better off? There’s no way I’d be where I am today if I didn’t go through the process because it built so much character and taught me so many things about life.”

Complacency is a word that is not in his vocabulary.

But there are four words that he lives by: Dream big. Work hard.

“I was a college kid working in a Pizza Hut,” Watt said, reflecting on his journey. “That was a strong motivating force to get back in the weight room and work harder. Now I’m playing for the Wisconsin Badgers in the Big Ten, and it’s awesome.”

A blueprint and foundation for success.

Read the article on UWBadgers.com 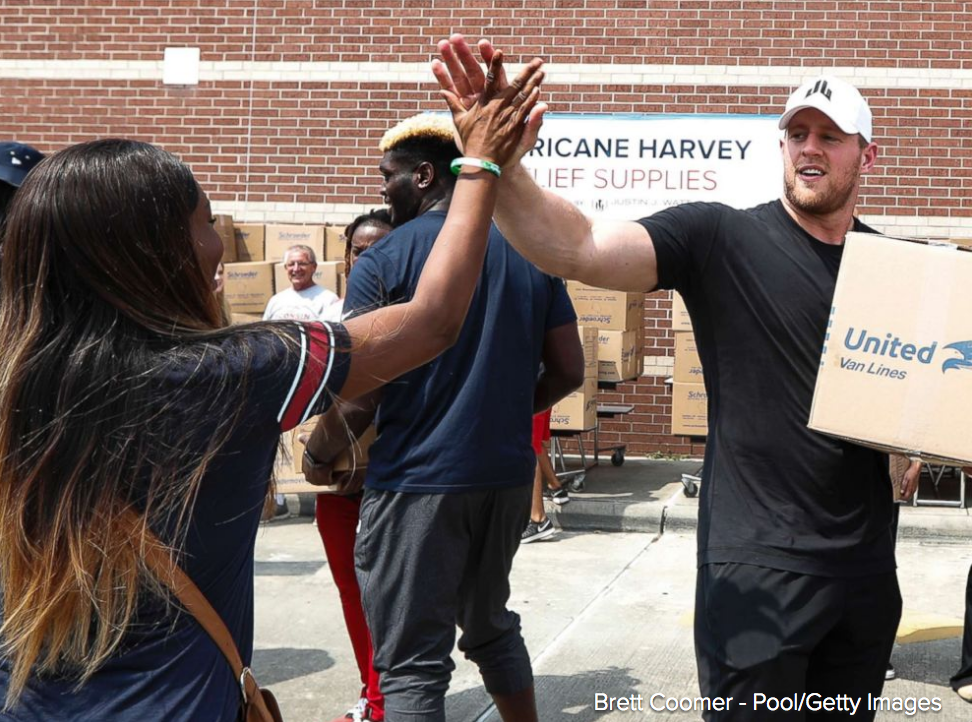 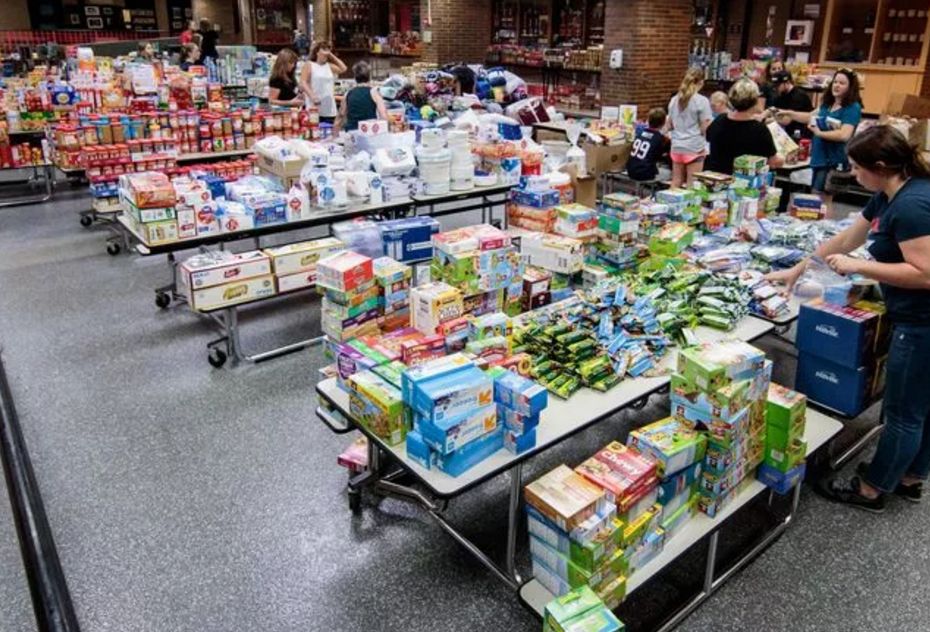 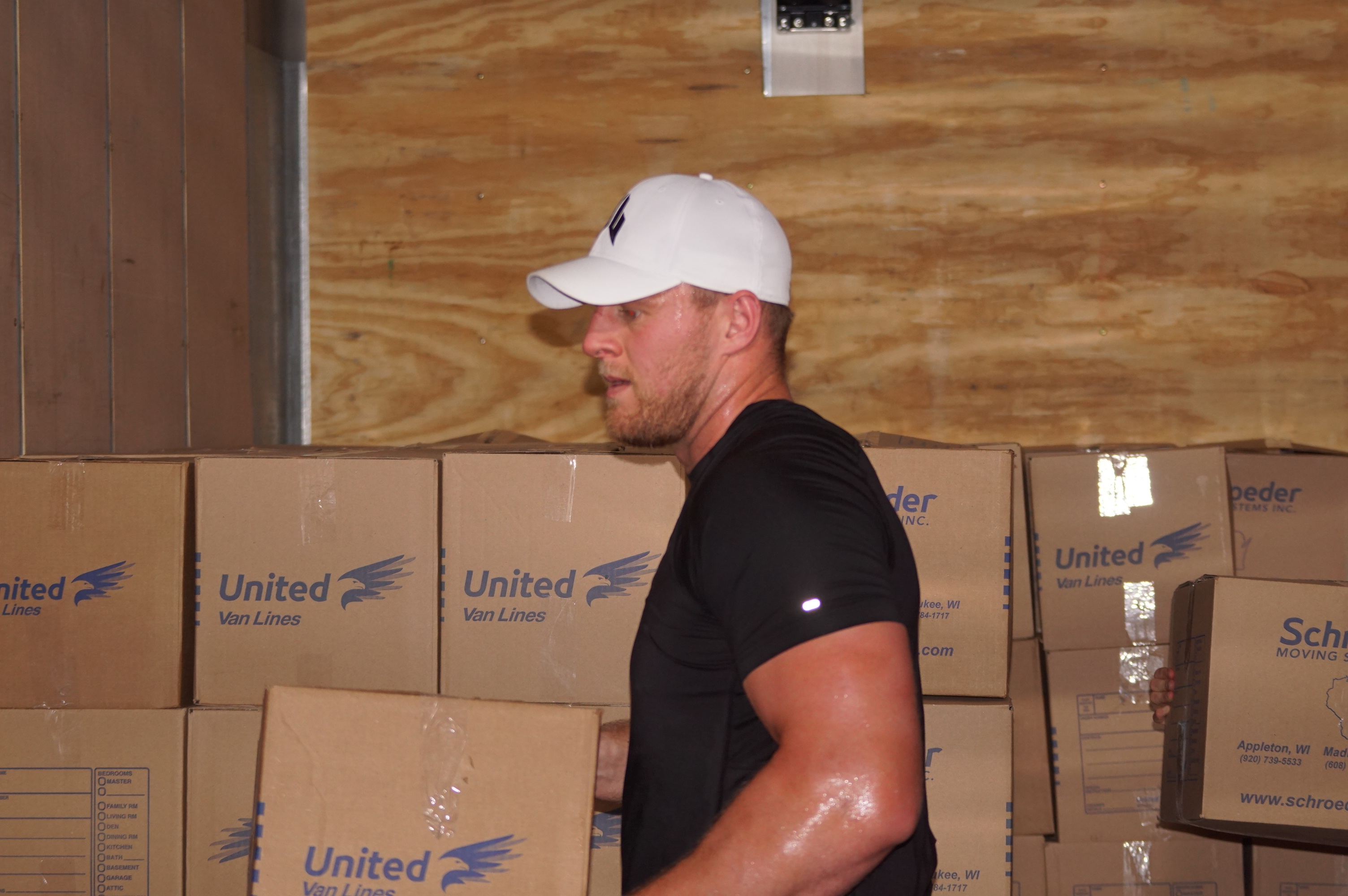